Impress your family and wow your friends by making Ottolenghi recipes easily at home
and without any hassle.


Yotam’s award-winning recipes are always a celebration: an unforgettable combination of abundance, taste and surprise. Ottolenghi SIMPLE is no different. Bursting with colourful photography by Jonathan Lovekin and playful design, this cookbook has over 130 brand-new dishes that contain all the inventive elements and flavour combinations that Ottolenghi is loved for, but with minimal hassle for maximum joy.


Every person cooks differently. Some find baking easy, others crumble at the thought. While some love to stand over the pot watching and stirring, others want to place a casserole in the oven and walk away. Here are Yotam’s standout recipes that will suit whatever type of cooking you find easy. Yotam and his team have devised a straightforward system that allows you to work out what sort of ‘simple cook’ you are, in order to cook the recipes that are right for you.


These brilliant, flavour-packed dishes are all SIMPLE in at least one (but very often more than one) way; 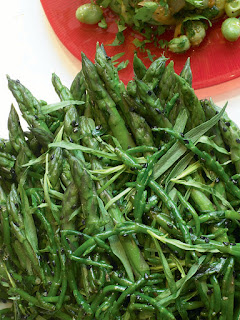 Also included are SIMPLE meal suggestions from mid-week suppers to weekend feasts with the number of ways in which the 130 recipes can be combined to make various different meals covering a range of occasions (weekend brunch; Summer vegetarian feast; tapas feast; Middle Eastern Feast or Mid-week supper) depending on the season.


Yotam also includes his top 10 ingredients, including Urfa chilli flakes, Sumac, Tahini, black garlic and preserved lemons - ingredients he relies on in the kitchen and will keep championing until they become our ‘everyday’ ingredients.


Ottolenghi SIMPLE is impressive and bold food that anyone can cook.
HANDSOME HARDBACK - rrp $65.00


Yotam Ottolenghi is a cookery writer and chef-patron of the Ottolenghi delis, NOPI restaurant and ROVI. He writes a weekly column in The Guardian’s Feast Magazine and a monthly column in The New York Times and has published six bestselling cookbooks: Plenty and Plenty More (his collection of vegetarian recipes); Ottolenghi: The Cookbook and Jerusalem co-authored with Sami Tamimi; and NOPI: The Cookbook with Ramael Scully. Sweet, with Helen Goh, is his baking and desserts cookbook. Yotam has made two


‘Mediterranean Feasts’ series for More 4, along with a BBC 4 documentary, ‘Jerusalem on a Plate’.


Tara Wigley – Tara worked in publishing for the best part of a decade before switching to food and writing in 2010. She trained at the Ballymaloe cookery school in Ireland (taking young twins and a big Bosnian dog with her) before starting to work with Yotam in 2010. For the first year she tested recipes with Yotam in his West London flat before taking on the role of writing collaborator once the test kitchen was established in 2012. Tara was very involved with the creation of PLENTY MORE and is credited on the title page with the writing of NOPI: THE COOKBOOK, SWEET, the re-launched edition of OTTOLENGHI: THE COOKBOOK and SIMPLE. She lives in South London with Chris and their three kids and is near-on obsessed with tahini.


Esme Howarth spent the first ten years of her career working as a private chef, mostly on large sailing yachts. This allowed her to see the world, eat a lot of fish, and crucially learn to cook on a very small work surface. She started at Ottolenghi in the shops - heading up the team in Notting Hill, and then overseeing all the kitchens - before moving to work in the Ottolenghi test Kitchen in 2012. Esme can cook and eat everything but is happiest, secretly, with an AGA-cooked jacket potato.


Posted by Beattie's Book Blog at 2:29 PM No comments:

News, books and events from AUP

Recent Events: Authors Greg Ryan and Geoff Watson kick off their new book Sport and the New Zealanders: A History in style in Christcurch at Scorpio Books.

The fully te reo Māori book He Kupu Tuku Iho: Ko te Reo Māori te Tatau ki te Ao written by Tīmoti Kāretu and Wharehuia Milroy sold out within just two weeks of publication in July! But we're pleased to announce that new stock has arrived in stores just in time for the beginning of this year's Te Wiki o te reo Māori (Māori Language Week).
AUP is especially proud of the scholarly works about Māori culture, language and history that we have published for decades, but if our recent books are anything to go by we reckon we're just getting warmed up. Kia kaha te reo Māori!


That Derrida Whom I Derided Died: Poems 2013–2017
C. K. Stead
Paperback, $29.99
A new collection from New Zealand’s most distinguished living poet. In his eighty-sixth year, C. K. Stead’s That Derrida Whom I Derided Died leads us deep inside the life of the poet. He looks back at his younger self, remembering old loves, cringing at his ‘lugubrious rhyming’ and takes us with him on the poetical life: from Dogshit Park in Budapest to a Zagreb bookshop to the Christchurch Word Festival.

Social Science Research in New Zealand: An Introduction
Eds. Martin Tolich and Carl Davidson
Paperback, $69.99
How do we make sense of Aotearoa New Zealand’s diverse and changing society? This new tertiary level textbook introduces readers to the range of theories, approaches and techniques that we will need to understand this country in the twenty-first century. For anyone coming to the many paths of social research for the first time, Social Science Research in New Zealand is the perfect introduction.

'To say that this book adds considerably to the literature about the monarchy in New Zealand would be an understatement. For those interested in the position of the Queen (and her successors) with respect to New Zealand, as well as in possible alternatives, this is an indispensable work.' – Stephen Levine, NZ Books - A Quarterly Review

'Tse presents himself ironically as a "self-loathing poet" whose vocation estranges him from his family. He is also Asian, gay and a lover (not to mention a bandleader, a figure in a selfie, a rock star, a king or queen, a hitman, a local celebrity and ... Chris Tse). The number of proposed identities destroys the notion of a stable and circumscribed self.' – John Horrocks, NZ Books - A Quarterly Review


The U.K. educational publisher remained the biggest publisher on the planet in 2017 with sales topping $6 billion. more


From some of the smallest bookstores in the country to the biggest indie stores, six booksellers shared their views on recent developments in the middle grade landscape, as well as their approaches to getting books into the hands of young readers. more


Executives at Reed Exhibitions confirmed that senior v-p Ed Several will be leaving the company this fall, and that for the foreseeable future Jenny Martin, event manager for BookExpo and BookCon, will lead both events. more

The Roundup with PW

Ian Buruma Resigns from 'NYRB': The editor of the 'New York Review of Books' has stepped down amid uproar over a #MeToo essay penned by an alleged abuser.


Trump Powers Boom Time for Publishers: President Donald Trump may not be much of a reader, but he’s been a gift to the book business.


The Most Unread Book Ever Acclaimed: Are the caveat lectors surrounding Margurite Young’s 'Miss MacIntosh, My Darling,' a 1198-page novel from 1965, fair to the book?
VIEW ALL »
Posted by Beattie's Book Blog at 6:54 AM No comments:

Eamon Dolan will join Simon & Schuster Publishing Group as vice president and executive editor starting October 1. Dolan was most recently with Houghton Mifflin Harcourt, where he ran his own imprint, Eamon Dolan Books, which was shut down in July. Simon & Schuster president and publisher Jonathan Karp says, "Eamon will continue to do what he has done so brilliantly for years: Identify, edit, and publish some of the best writers and thinkers in the culture – authors whose works are relevant to understanding our times and how they are changing, and capable of being just as meaningful in the future as they are today."

Tamar Brazis will join Viking Children's as editorial director, picture books, reporting to Ken Wright. She will develop her own list of picture books and work more broadly on expanding the imprint's picture book list. She was editorial director at Abrams Children's, where she worked for nearly 15 years. Wright says: "I have followed Tamar's career from the sidelines for years and hoped for many of them that she and I would one day work together. I am really very excited that Tamar will bring her immense talent and her instinct for what makes great commercial and literary picture books to Viking and Penguin Young Readers."

Alice Tassel has been promoted to director of the French Publishers' Agency in New York. Lucinda Karter is leaving to become a full time agent with the Jennifer Lyons Literary Agency.

Devin Ross has been promoted to literary agent at New Leaf Literary & Media.

Longtime Reed Exhibitions executive, senior vp Ed Several, who led the energetic "reimagined" Book Expo that nonetheless drew fewer booksellers and librarians, is leaving the company in October for another job after 14 years with the company. Event manager Jenny Martin "will be stepping into the leadership role for the foreseeable future" at Book Expo. Reed Pop Global president Lance Fensterman and vp Michael Kisken will continue to oversee the event.


At Open Road, Megan Buckman has been promoted to director of production.

The National Book Foundation will award Isabel Allende with its Medal for Distinguished Contribution to American Letters, a lifetime achievement award. Allende is the author of The House of Spirits and 22 other titles, as well as a recipient of the Presidential Medal of Freedom and the Lifetime Achievement Award from PEN America. NBF board of directors chairman David Steinberger says, "Able to forge profoundly emotional connections with readers around the world, Isabel Allende has offered generations of fans multilayered and deeply felt narratives that illuminate the rich lives and histories of her characters. Allende pulls from her own experiences to offer a global audience access to geographically and culturally specific stories that might otherwise never reach them." Luis Alberto Urrea will present Allende the award at the NBA ceremony on November 14.
Posted by Beattie's Book Blog at 6:53 AM No comments:


Posted by Beattie's Book Blog at 6:50 AM No comments:

Applications are now open for the 2019 Creative New Zealand Randell Cottage Writers Fellowship. The fellowship comprises a stipend of $22,000 and six months’ rent free accommodation in one of Wellington’s oldest colonial buildings


The current writer in residence is Christchurch poet James Norcliffe.

The Randell Cottage Creative New Zealand Writer in Residence is selected by a Trust -appointed committee to work on an approved project from July to December each year. The deadline for applications is Friday, 2 November 2018. The successful applicant will be announced in December.

Applications from mid-career and Māori and Pasifika writers are particularly welcome.


Application forms and further information can be found at http://www.randellcottage.co.nz/residency/application/ and


http://www.randellcottage.co.nz/residency/
Posted by Beattie's Book Blog at 6:49 AM No comments: