A Cuddly Read for Dedicated Mums

In the week leading up to Mother’s Day 522 Mums will be recognised for making an extra effort at their children’s schools.

Literacy charity Duffy Books in Homes, along with publisher Scholastic New Zealand, give a lucky Mum from each school involved in the programme a book and certificate to thank them for the effort they put in to their school and community. 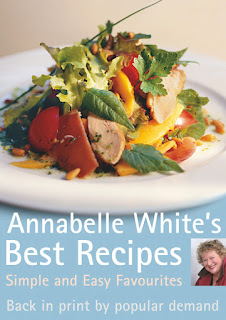 This year’s recipients of the Scholastic Caught Being a Good Mum Award will receive Annabelle White’s Best Recipes by the well-known ‘Cuddly Cook’.  Filled with her most requested recipes, the book has now sold more than 30,000 copies and has become a firm favourite for cooks around New Zealand.  The award is accompanied by a special certificate.

Kids in Duffy schools around the country have been busy telling their school just why their mum should win an award which celebrates their vital contribution to school life.

Schools vote, hold writing competitions or even make lucky draws if the decision is too tough.

Duffy Books in Homes General Manager, Linda Vagana, says “Mums play such an important role in their children’s literacy and we’re happy to be able to recognise them in this way.”

Since its official launch in 1995 - with 80 schools and 16,000 students - the Duffy Books in Homes programme has grown to encompass 522 schools and around 100,000 students in 2013.  It has distributed more than eight million books to children in low-decile schools, and now distributes more than 600,000 books annually.
Posted by Beattie's Book Blog at 7:51 PM